The future of UK Construction

The home construction industry in Britain is changing fast. With fewer apprentices, more reliance on migrant labour and the impact of new technologies, the industry is looking back towards the past for ideas on how to change the future.

The “tin houses” and steel-produced pre-fabricated homes of the past may have gotten a bad reputation over the decades, but there are plenty of reasons to be optimistic about their future potential.

In this article, we’ll take a look at how modern equipment is making pre-fabrication a more appealing prospect for solving Britain’s housing crisis. 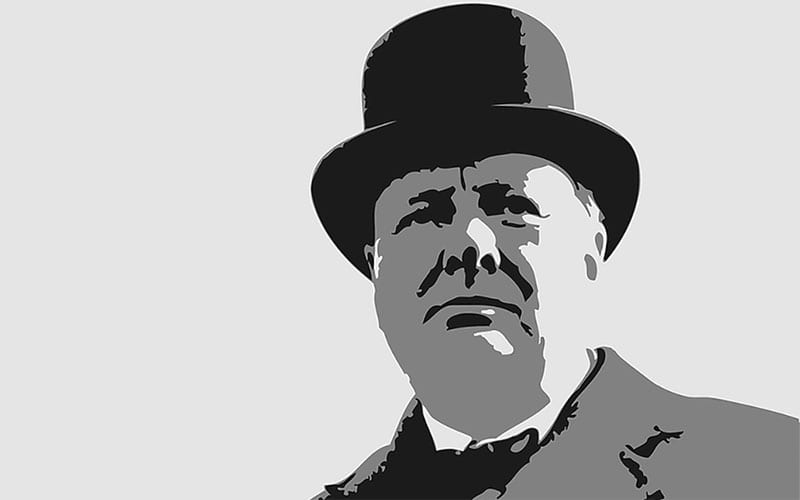 All change for prefabs

After the Second World War, the government was faced with huge housing stock problems. With many of the gorgeous terraces and comfortable semi-detached properties built decades earlier having been destroyed by bombing, soldiers were coming back from the front with nowhere to live.

Something needed to happen fast, and so the government of Winston Churchill proposed the building of “prefabs” – pre-fabricated homes, assembled in factories and transported by road to places facing chronic housing shortages.

Over 150,000 of these homes, many of which were known as BISF houses after the British Iron and Steel Federation which made them, were put up during the post-war years. Seen at the time as innovative, they each came with what were seen at the time as luxury mod cons like central heating and inside toilets.

While these “tin houses” were seen then as the perfect solution, there were serious quality issues associated with the prefabs. Many of the residents of the prefabs built during the post-war era later complained that the houses suffered from damp, and many of them also experienced “concrete spalling” – a problem caused when rust sets in to the steel reinforcing inside a giant concrete slab.

But in the modern age, these issues have practically vanished. When Theresa May’s government was last year rumoured to be considering creating another 100,000 prefabs, government sources told The Telegraph that technological improvements meant problems around quality had largely gone. www.telegraph.co.uk/news/2016/10/29/britain-set-for-new-wave-of-prefabs-to-help-tackle-housing-crisi/

Modern technology has changed everything. 3D printing, for example, means that after modular homes have gone through the design and quality assurance processes they can be constructed in large batches in simply a matter of hours: a firm in Shanghai, for example, was able to produce 10 aesthetically-pleasing, rigorously-constructed new homes measuring around 650 square feet in just 24 hours. www.digitaltrends.com/home/giant-3d-printer-can-build-10-prefab-homes-24-hours/

By using pre-mixed concrete and a specially-designed pattern to receive the mixture, the houses are structurally sound and optimism is high regarding their lifespans. And with affordable modern technology like dehumidifiers meaning that damp can be much more easily combatted, there’s no reason why the old problems of prefabs would spring back should they be rolled out again.

Here in the UK, building firm Laing O’Rourke is leading the way. It is producing a forward-thinking housing supply solution created in an automated environment, known as E5+. The units produced will integrate all the internal features like bathrooms, tiling, kitchens and windows at the production site, so the supply chain is much more efficient than traditional “brick-and-block” methods.

It’s not just the technology or speed that’s appealing to businesses and governments, either. Because the advanced technology keeps labour costs low, the houses produced in Shanghai, for example, were believed to cost only $4,800 each – meaning that investors and bureaucrats around the world are slowly discovering that prefabs can be friendly to their balance sheets.

But, decades on from the challenges of rebuilding postwar Britain, why do we need more homes? Just what problems are these new pre-fabricated homes designed to solve?

The housing industry must change

There’s no doubt about it: 72 years on from the end of the Second World War, Britain is facing another chronic housing shortage.

The Home Builders Federation say that around 220,000 to 250,000 new homes are needed every year to ensure that housing stock is sustainable, but at the moment there’s nowhere near that figure being built. 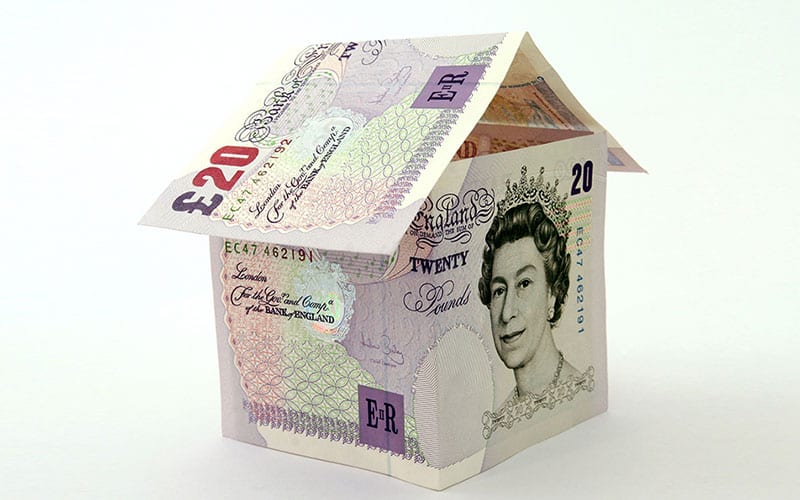 Governments have attempted to address the lack of housing supply through a variety of schemes over the last few decades, but they have not gone far enough. Decent schemes like HomeBuy, First Buy and Help to Buy saw substantial amounts of taxpayers’ money – often going into the billions – spent on housing stock, but the crisis was not resolved.

There are many reasons why Britain’s house-building seems to have stagnated. But part of the problem lies in the skills gap which many house-building firms are reporting: there simply aren’t enough talented people entering the construction industry to fill the jobs it needs to build all these new properties, and as a result many firms are panicking that they won’t be able to rise to the challenge.

Last year, Mark Farmer – who authored a government report into the problems the construction industry faces – predicted that the workforce will decrease by 20 to 25% in the next decade alone. And the year before, a paper by a leading construction consultancy firm claimed that a whopping 700,000 workers need to be recruited for house-building in the next five years just to replace those who leave.

As with many industries, the construction sector faces the common problem that Britain simply has an ageing workforce where a great many workers are too old to perform manual labour. However, more specific problems exist too.

Historically, the UK’s construction industry was built on the foundations of good apprenticeship schemes, which gave everyone from bricklayers to electricians the skills they need to carry out top-quality work. Government figures show that in 2008-9 there were 55% more apprentices working in Britain’s construction industry compared to 2013-14, and with the impact of the recession meaning demand plummeted, it was a double-whammy.

Now, the world of training schemes and apprenticeships has fragmented. An increasing reliance on casual labourers who don’t necessarily have the rigorous training and experience of the specialist apprenticeships of yesteryear has meant that some tradespeople are not always carrying out jobs to the highest quality – leading to inefficiencies, lost time and more. 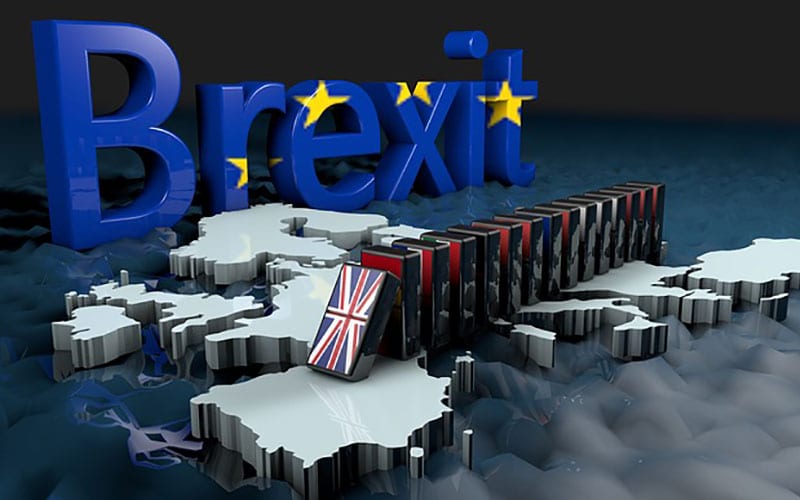 As any trip to a construction site will show you, there are lots of migrants working on house-building in the UK.

Those coming from Eastern European countries such as Poland are forming ever-larger chunks of the house-building workforce. And while that means the industry is benefiting from the undoubted hard graft of these workers – many of whom come from cultures with a strong work ethic – with Brexit looming on the horizon it’s getting harder to avoid the fact that they may soon no longer be able to work in Britain.

The statistics don’t lie. It’s believed that around one in eight construction workers in Britain are from other countries – and in the capital, unsurprisingly, that figure almost hits one in four. While the terms of Britain’s exit from the European Union have not yet been fully negotiated, the early signs from politicians both in London and in Brussels are starting to indicate that freedom of movement is going to become more and more restricted.

It’s not just about the right to work, either. Since the Brexit vote, the decline in the value of the pound means that there is less incentive for Eastern European workers to come over and work in the UK, as the money they send back home is not worth as much.

Whatever way Theresa May’s government handles the fall-out from Brexit, it means there’s a real and urgent need for investment in training schemes which will plug the gap and inject a much-needed boost of human capital into an industry desperate to build more homes – but currently finding itself hamstrung at the first hurdle.

It’s unsurprising that eyes are now being cast back towards history to search for answers. The last time the UK housing industry faced a challenge this large was after the Second World War, and some are predicting that the prefabs of Churchill’s days could soon be coming back to Britain’s streets again. With developments in technology showing that ready-made homes can be produced quickly and efficiently, the march towards pre-fabrication is only going to get stronger.

Ultimately, it’s clear that Britain’s housing industry needs fast solutions if it wants to both stay afloat and also address the pressing social problems of a restricted housing stock. With tightening supply meaning that rents are skyrocketing and the deposits needed to buy homes are getting higher and higher, something needs to be done. 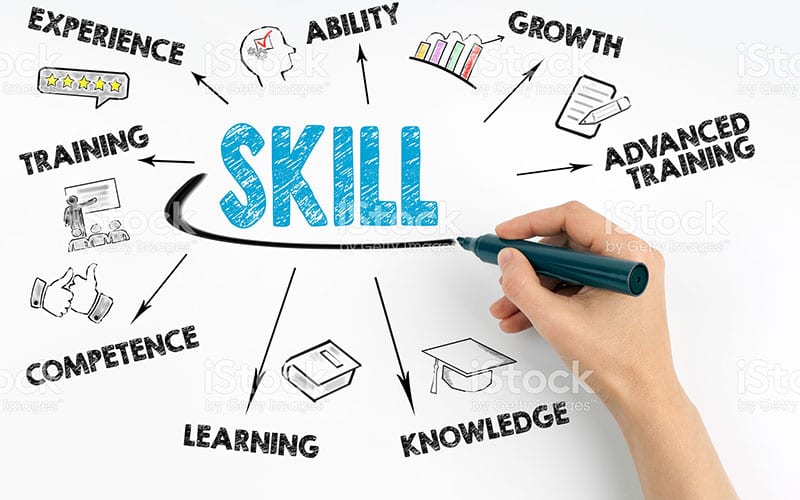 An injection of investment into the skills needed for a more dynamic industry is required. Young men and women coming out of school need to be persuaded to join the industry and to get equipped with the desperately-needed skills, and the government must back this drive with cash investment.

But it is also about time that the government and private sector seriously considered the role that new technology could play in addressing the problems facing the industry. Pre-fabricated homes are no longer the “tin houses” they used to be, with innovation and modern technology behind them, they have been transformed into an appealing piece of kit with a bucketload of potential.