The world of architecture is constantly evolving, and architects are interested in innovative ways to design buildings that leave a lasting impression. Hotel architecture provides some truly stunning buildings, and if you like to travel, or are looking for inspiration for a holiday, then we have found some of the most architecturally stunning hotels for 2018.

This new eco-resort, which opens in the second half of 2018, boasts boutique design in a secluded hideout and is set on a private island surrounded by mango trees. The hotel is also set among the coral and exotic fish that make up the Caribbean Sea. With investment from Leonardo DiCaprio, it promises to be a leading example of green hospitality around the world and will be powered by renewable energy, using water that is collected from the rain. The resort will be located on an island where half of it will be a wildlife reserve, and native trees are being replanted as well.

The Mandarin Oriental is renowned for its hospitality and guests are often reluctant to leave their surroundings when staying here, as there is so much going on at the hotel. Its design is inspired by the rich forestry found in Japan, and this is interpreted through the wood and water theme visible throughout the hotel. With so many public spaces at the hotel, walking among the trees and waterfalls offers a sense of the surroundings that make up Japan. Graphics are used throughout to replicate the foliage and bring in the feel of forestry so that guests can truly embrace what makes Japan unique. 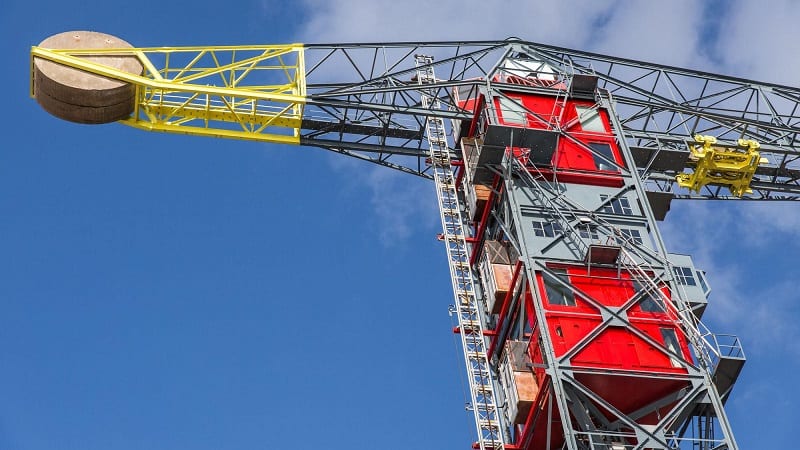 This hotel is housed in a converted crane, offering stunning views of the city. It’s an alternative way to enjoy a stay at a hotel and has been designed by pushing the boundaries when it comes to engineering. The exterior is painted in bright colours, and inside it offers functionality for guests, although there are no communal areas. With three luxury suites and a spa pool, the Crane Hotel offers a unique stay when visiting Amsterdam. 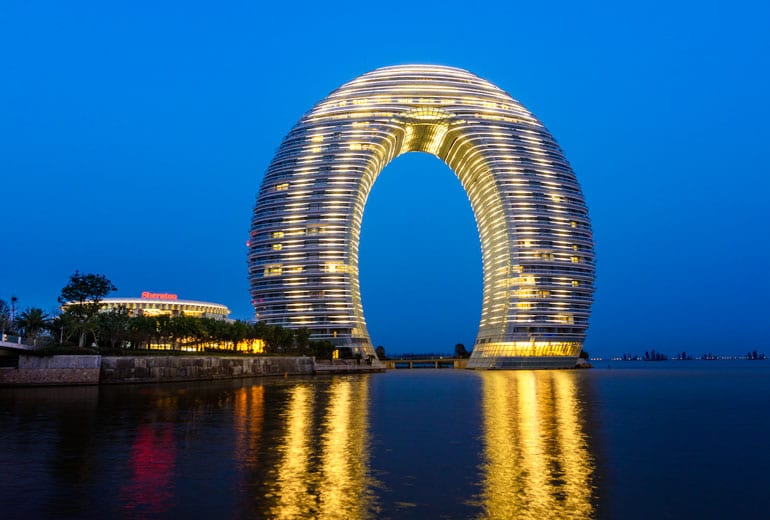 Known as the ‘doughnut hotel’, this hotel is located on the Taihu Lake between Nanjing and Shanghai. Architect Ma Tansong developed and designed the hotel, which replicates the shape of a magnet.

The hotel features 27 floors that are above the water and two below. Luxurious furnishings including Tiger’s Eye Stone from Brazil surround them.

Hippo Point is a wildlife estate that sits between Lake Naivasha and Lake Oloidean and is renowned for its exclusivity. More than 250 different bird species and 1,200 animals roam freely around the grounds. The design of the building is eye-catching, with the main house which was built in 1932 resembling a classic British style and is surrounded by scented roses and dusty tree trunks, as well as the many different animals and birds that make up the area.

This isolated lodge is surrounded by stunning views of forests, lakes and mountains. The focus of the architecture was to design buildings that would fit seamlessly into the remote nature of the surrounding area.

The lodges are made using beech wood and metal, and during certain times of the year, the buildings fade into the landscape and the light walls match the pale grass. 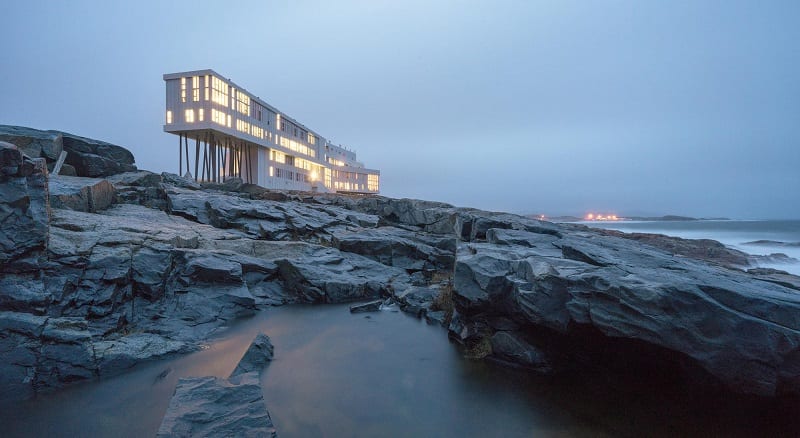 Fogo Island Inn is perched off the eastern coast of Canada on a small island. The old-fashioned maritime design is blended with contemporary styles, to give it a modern and updated feel.

The interior of the Inn is designed with wood and bursts of colour against distinct white walls. The hotel was designed so that it would fit in with the existing architecture found on the island, and the stilts that suspend the Inn off the ground provide a look back to the traditional fishing buildings found along the coast.

A perfect example of minimalism, this hotel was inspired by the history of the location. The pattern on the outside of the hotel references flowers that are native to the local area, and nearby historic sites like the limestone caves are referenced on the inside walls.

Natural surfaces are featured throughout the hotel, and this provides a calm and peaceful surrounding mixed with the earthy tones. There’s a sense of privacy and quiet in this hotel.

More than 50 designers collaborated to create an exciting and hip interior that suits the creative tastes of its guests. Made up of spacious and eclectic rooms that feature visually interesting artwork, vintage furniture and rich textiles, no two rooms are the same.

A reclaimed-wood staircase is situated in the entranceway, which connects the lobby and the bar. There’s a natural feel to the hotel, with planks of wood that create interesting shadows throughout the building.

The Poli House is a newly renovated hotel occupying a 1934 modernist building, with white concrete on the outside and curving lines that are a favourite of the Bauhaus style.
The building was uninhabited until 2012 when it was restored to become The Poli House.

11. The M by Montcalm, Shoreditch, London

Completed in summer 2015, the M by Montcalm hotel in Shoreditch was designed and built as a collaborative project focusing on the ideas of optical and visual, taking inspiration from the Moorfields Eye Hospital, which is opposite.

The outside is made up of patterns with different degrees of transparency and opacity, with diagonal slopes across the building. The building creates a visual effect of movement and depth.

This hotel sits between the bustling city and lush nature. Landscape and architecture have been balanced and combined to create a structure that boasts openness and unity.

Throughout the building, there are nods and references in the form of visual representation to the landscape, nature and open space. Three sequences are featured in this hotel with a forest, hotel and garden sequence, all of which boast their own unique elements.