The role of women in architecture has changed tremendously in recent years. No longer seen as the influence or power behind successful male architects, nearly as many women graduate in architecture nowadays as men. There is still perceived to be a glass ceiling in the profession, with a gender pay gap still in operation. Although women working in architectural practices led by other women don’t seem to suffer these consequences as much. Women have influenced some of the world’s greatest structures, including the astounding Taj Mahal, which was built by the Mughal Emperor Shah Jahan as a lasting memento of his love for his first wife, Mumtaz.

Some of the very earliest female architectural pioneers were Katherine Briconnet, who was influential in the design of the Chateau de Chenonceau in the early 1500s in France, and Lady Elizabeth Wilbraham, who possibly tutored Sir Christopher Wren and could also have been responsible for the designs of up to 400 buildings in the 17th century, including 18 churches, which had been attributed to Sir Christopher Wren. The role of women in society at that time meant that Lady Wilbraham had to use a male architect to supervise the construction of her designs, and a good deal of the work that had previously been attributed to Sir Christopher Wren may well have been based on her designs. Mary Townley is another English architect who designed several well regarded buildings in Ramsgate, including Townley House. Even more female architectural pioneers appeared in the 19th century, including Sophy Gray who designed at least 35 churches in South Africa, and Louise Blanchard Bethune, who worked as a professional New York-based architect in the 1870s and became the first female Fellow of the American Institute of Architects in 1889. Josephine Wright Chapman had no recognisable training in architecture, but she designed a number of buildings and set up her own architectural practice. She designed Tuckerman Hall in Massachusetts and is considered to be one of the most successful early American female architects. Another notable female architect was Virginia Andreescu Haret of Romania, who was the first woman to graduate with a degree in architecture in 1919 and went on to design several prominent school buildings. The first country allowing women to study as architects was Finland, with its first female graduate, Signe Hornborg, in 1888. Five more female architects graduated in the 1880s, including Wivi Lonn who established her own architectural practice and won several prestigious awards for her work.

Female architects in the modern era

Moving on to the present day, women in architecture have come a long way and are achieving greater recognition for their constructions. Some of the notable female architects over the past 30 years include:

Dame Zaha Mohammed Hadid was the first woman to receive the prestigious Pritzker Architecture Prize, which she was awarded in 2004, and also the first female to win a Royal Gold Medal from the Royal Institute of British Architects (RIBA). She was born and educated in Baghdad, Iraq, prior to moving to London to study architecture.

She opened her own architectural practice, Zaha Hadid Architects in 1980 in London. Zaha Hadid has been described as “the Queen of the curve” by the Guardian, and the woman who “liberated architectural geometry, giving it a whole new expressive identity”. Some of her major structures include the aquatic centre for the London 2012 Olympics, the Guangzhou Opera House in China and Michigan State University’s Broad Art Museum.

Some of Zaha Hadid’s other awards include:

Jane Drew was born in 1911 and was a renowned modernist architect, who designed a number of projects in West Africa and India. She was a competent town planner and co-designed the housing for Chandigarh in the Punjab. She studied at the Architectural Association School of Architecture and graduated in 1934. She married architect James Alliston in 1933 and they won a competition to design a hospital in Devon. Afterwards she joined Alliston’s practice. Some of their principal designs were for housing in Winchester. After splitting with Alliston she joined the Modern Movement which was deeply influenced by Le Corbusier’s work.

Le Corbusier was heavily involved in the designs for Chandigarh city which was a model city, created to house the many thousands of refugees arriving in Punjab from Pakistan. Public spaces, swimming pools, health clinics and a variety more civic buildings were incorporated in the Chandigarh design.

Jane Drew was President of the UK’s Architectural Association from 1969 to 1970 and some of her awards included Dame Commander of the Order of the British Empire (DBE) in 1996 and Honorary Fellow of the Nigerian Institute of Architects in Lagos in 1985.

Lina Bo Bardi was a Brazilian architect born in Italy in 1914. She was a modernist architect and prolific designer, based in Brazil most of her working life. She was also renowned for her jewellery and furnishing designs. She graduated from the Rome College of Architecture at the age of 25. She established her own practice in Italy for a while, however, work was scarce due to the war and she moved more into illustration for magazines and newspapers.

After the war she moved to Brazil with her husband, art critic Pietro Bardi, where she soon developed her own practice. She was influential in the creation of the art magazine Habitat with her husband and was invited to run the Museum of Art in Sao Paulo in 1947. Her first constructed work was the Glass House in Morumbi, which was an expressive, modernist structure. Her basic design for the Sao Paulo Museum of Art was finally built by 1968. She also designed Solar do Unhao, the main cultural centre of Salvador and the SESC Pompeia building, which was originally a drum factory she was tasked to turn into a community centre in Sao Paulo. One of her final legacies was the Instituto Lino Bo Bardi which was established in 1990 to promote studies in architecture and Brazilian culture.

Denise Scott Brown is the principal of the architectural practice Venturi, Scott Brown and Associates in Philadelphia and trained as an architect at the Architectural Association School of Architecture in London and the University of Pennsylvania’s planning department, whereupon she went on to teach planning policy. She married architect Robert Venturi in 1967 and joined him at his firm Venturi and Rauch in Philadelphia. The couple have collaborated on a large number of visionary architectural projects which include major civic planning designs and a range of university campus designs.

Denise Scott Brown has won a number of awards, including the Jane Drew Prize 2017, Edmund N Bacon Prize in 2010 for the Philadelphia Centre for Architecture, and the Harvard Radcliffe Institute Medal in 2005.

Some of her inspirational architectural designs include the Brown University Campus Life Plan in Providence, Rhode Island, and the plan for Denver Civic Centre in Colorado.
The successful partnership of Denise Scott Brown and Robert Venturi has resulted in a variety of highly regarded structures, which exaggerate symbolism and modern cultural icons.

Amanda Levete was born in Wales in 1955 and trained at the Hammersmith School of Art prior to registering with the Architectural Association. She became a partner with Jan Kaplicky’s Future Systems practice in 1989, which is one of the most innovative practices in the UK. She formed her own company AL_A in 2009 and was awarded the project of designing the new entrance, courtyard and gallery for the Victoria and Albert Museum in London after winning an international design competition. Some additional projects her practice has created include the Central Embassy in Bangkok and the Museum of Art, Architecture and Technology in Lisbon.

In 2017 Levete was appointed as Commander of the British Empire (CBE) in the Queen’s birthday honours list and she has also been awarded the Jane Drew Prize in 2018. 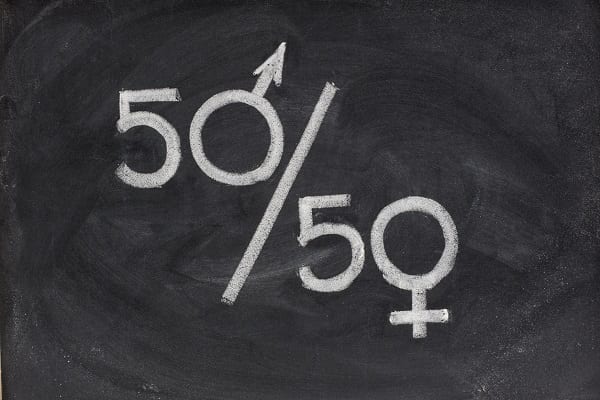 The architects above highlight some of the groundbreaking females who have managed to carve out a career in this traditionally male-dominated occupation. The 2016 Women in Architecture Survey has evidenced the gender pay gap that still exists between men and women in the architectural profession, and because of this, many practising female architects would not recommend the profession to other women. Within the UK, female architects represented 21% of the total number of practising architects in 2012 and 35% of architecture, building and planning graduates in 2016 were women.