The importance of urban green spaces

With the world’s population growing at an ever more rapid pace, there is a continuing demand to develop urban areas. In turn, green areas are being destroyed, with little focus on the negative effects this is having. This trend simply cannot continue. Urban green spaces offer a whole host of benefits to those inhabiting the Earth.

This includes economic benefits, as well as the more obvious environmental ones. However, housing the growing population size seems to be the more important matter for many, and understandably so. It is estimated that two-thirds of the urban area we will need by 2030 has not yet been built.

But as we do continue to develop, it is important that mankind understands the equal importance of urban green spaces. These benefits are not just critical to us now, but also to all other species on Earth and the future generations we leave behind. Here is a deeper look at the six main categories of benefits urban green spaces offer.

In a purely economic sense, the value or urban green spaces is almost undeniable. Widely accepted statistics show a 5 to 7% increase in house prices if they overlook a green space. It is not just house owners that benefit, but also other citizens in the surrounding area.

The very existence of green spaces means they need to be managed, and this results in long-term employment opportunities. The money earned by such workers is then invested back into the local economy. This cycle is well documented throughout history, and the money spent on building green areas can easily double or even triple over time.

However, simply having green spaces in urban areas does not guarantee success for the local economy. Instead, they must be built and positioned in such a way as to maximise the potential economic benefit. This means placing them in areas that can be seen from local houses or easily seen on daily commutes.

It must also be viewable by tourists as well as locals, allowing for increases in potential tourist spending. Placing an exact monetary value on the benefit of woodland space is difficult. You must look beyond house prices and tourist spending and also consider other important factors. Such as the value you place on the cultural significance of having woodland and higher levels of biodiversity. 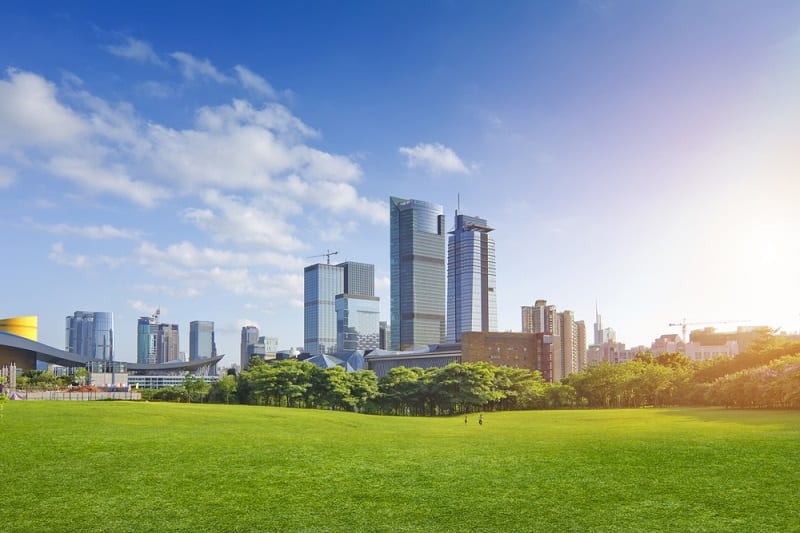 When examining the quality of air, scientists must look for the tiny particles that exist within it. This particle matter can be made up of a number of things, such as sulphur dioxide, ozone and nitrogen dioxide. The most common cause of such matter are emissions given off from cars or industrial centres.

As you might imagine, having such substances in the air supply is in no way good for people’s health. You need only look at major industrial cities like Beijing to see how bad air pollution can get and the health complications this causes for millions. In fact, estimates suggest that almost 4 million people are killed around the world every year due to poor air quality.

Urban green areas have a crucial role to play in helping to keep the air clean and reduce the death toll. Shrubs and trees are able to remove harmful gases and particles from the air. In fact, the types of trees in these urban areas can vary greatly in their effectiveness at absorbing such pollutants. Pine trees, for example, are more effective than trees with smooth leaves.

Also, the areas in which trees are placed is critical, as maintaining wind channels and free air flow through cities is important. As an example, schools that have been surrounded by trees have been shown to have a cleaner quality of air inside of the classrooms. In fact, studies have found that one tree alone can remove up to 48 pounds of CO2 each year. An acre worth of trees can absorb up to 26,000 miles worth of car emissions every year. 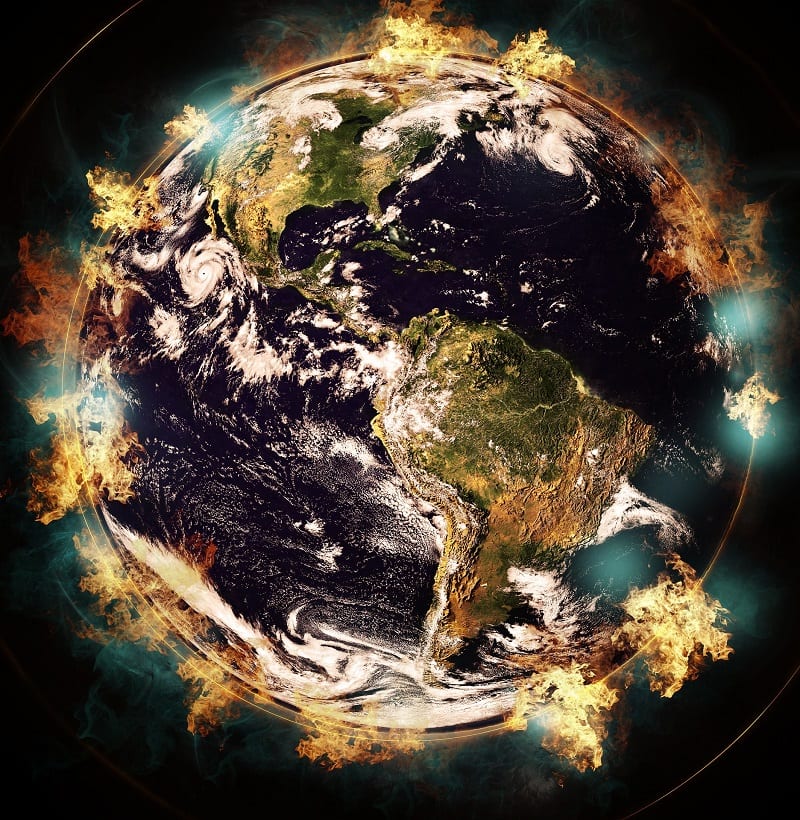 There is an effect in the global warming scientific community known as the Urban Heat Island. This occurs when the temperature levels in urban areas are particularly higher than surrounding areas. This can be bad as such areas become increasingly sensitive to heat waves when they occur. The heat wave that London experienced back in 2003 caused an increase in mortality rates of 43%.

However, by having green areas, cities can help to tackle the average temperatures that inhabitants live in. More trees provide more shade, allowing for reduced average temperatures. As well as this, more trees encourage a process called evapotranspiration, which is where water from leaves is transferred into the atmosphere due to the sun’s heat.

Studies have indicated that green areas can cause average city temperatures in those green areas to fall by around 1 degree. This has a benefit to the surrounding areas as well, and can, in turn, reduce the need for air conditioning and other forms of energy usage. With regards to carbon, having trees is crucial in removing carbon from the air.

Trees take in more carbon than they give out, and it has been shown that urban green areas can help reduce carbon levels in the surrounding air. This is important because buildings that replace green spaces absorb more of the heat than the land they replace. Equal care must also be taken to preserve existing trees and to maintain forest areas where possible. This is because natural wild grasslands absorb more carbon than mown lawns.

The effects on wildlife and habitats

As you’d imagine, urban areas naturally play host to fewer animals, plants and birds. Although, by incorporating green areas we can go a long way in helping to maintain a home for natural species. In fact, urban areas have been shown to be a more desirable living area than surrounding countryside areas that are intensely farmed.

The larger woodland areas and parks provide a naturally more suitable area for animals to live. However, smaller areas have an important role to play as well. For example, green roofs and roundabouts are also easily inhabitable areas for a range of animals and insects. Therefore, having more diverse green areas in urban areas can do wonders for a variety of species.

As well as this, the increased biodiversity has shown to be highly desirable by those living in cities. In fact, one study found that people would be willing to personally pay to help encourage greater biodiversity in their area. Even if animals don’t live their whole lives in a city environment, these green spaces still have a vital role to play in aiding migration.

They act as “wildlife corridors” that allow species to travel between cities to other rural areas. It has been shown, in the UK, that pollinator species like bees are seeing their numbers decline. By providing green areas, we can help sustain pollinators, as well as the variety of plants and flowers they in turn support.

Reduced flooding and allowing for higher quality of water

Urban areas tend to be far less permeable than rural areas due to the nature of materials used to cover the ground’s surface. As such, heavy rainfall can oftentimes cause drainage systems to become overwhelmed and lead to flooding. This is in stark contrast to rural, vegetated areas that have natural drainage solutions and can reduce rainwater runoff.

Trees can play their role in helping to avoid flooding, especially if they are planted in areas with permeable soils. They can also help to prevent soil erosion and unwanted landslides, due to roots better gripping surrounding earth. Furthermore, rainwater runoff can be much higher in urban areas, which is harmful.

This is because, surface runoff captures more pollutants in the process, which can then contaminate local water supplies. Any existing flood and contamination issues that exist are likely to get worse in coming years. This is as a result of climate change. Therefore, it is important that measures are put in place now to create more urban green areas and to try to offset the flooding risks urban areas face.

The alternative to implementing green areas is to improve and build new flood control systems. However, these can be extremely costly to build and can cause greater disruption to the landscape and environment. Instead, many are encouraging city officials to add new urban green areas and to incorporate them into exciting cities to reduce risks.

A greater quality of health and wellbeing 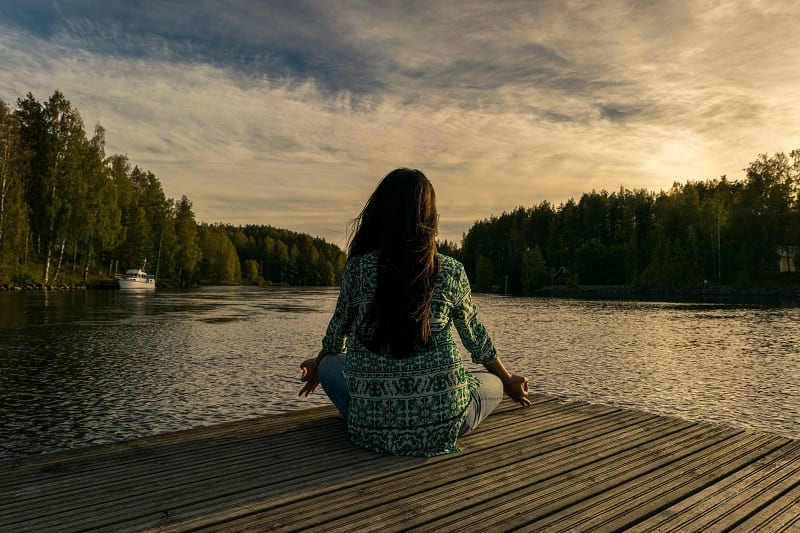 First off, it has been shown that having more green areas within living environments can help make humans happier and to help combat mental health conditions. By spending more time outside in green spaces, scientists have shown that people can reduce their stress levels and also improve their blood pressure.

In a physical sense, green areas can help to promote higher levels of physical activity due to there being a nicer space to be in. This is important as, in the UK, only around 1 in 3 people get the recommended level of exercise that is needed to be healthy. This is the main cause behind roughly 1 in every 15 deaths in the UK, and it costs the NHS around £1 billion per year.

A mix of larger open green spaces and guided trails is what proves most beneficial. This allows for more formal physical activities as well as structured walking, running and cycling routes. One useful fact to consider is that where the green area is located is not necessarily important. Studies have found that the mere presence of green areas leads to people coming from a variety of distances to use them.

An interesting study conducted over a number of years by the University of Exeter turned up fascinating results. They found that the positive impact on the wellbeing of having local green spaces equates to roughly one-third of the impact received by being married.

It should be clear that urban spaces are not necessarily a bad thing. After all, humans require somewhere to live, and growing urban spaces is a natural development. However, the way in which they are built and managed is what is crucial. With sufficient green initiatives deployed within an urban development, it is possible to offset much of the negative effects construction has.

It also allows for a sustainable living environment that is good for both the economy and the surrounding nature. Here at alsecco, we fully understand the importance of urban green spaces and relish the chance to incorporate them into our design projects. We believe that urban spaces are to be nurtured and use their unique appeal to add to the urban surrounding.

You can click here to learn more about the construction design service we offer. If you are working on any upcoming projects and are looking for a passionate design team to assist you throughout, we could be the right company for you. Please do get in contact to find out more about us and how we can work with you.